At the release of Part-time Prophet’s article Young Catholic Men, Why Aren’t We Dating? I couldn’t help but notice two typical responses on social media:

1) “Challenging/true stuff, thank you”, or

Honestly, I was less than impressed with the latter. Don’t get me wrong, as much as men could do with adjusting some of their dating attitudes, women could too. 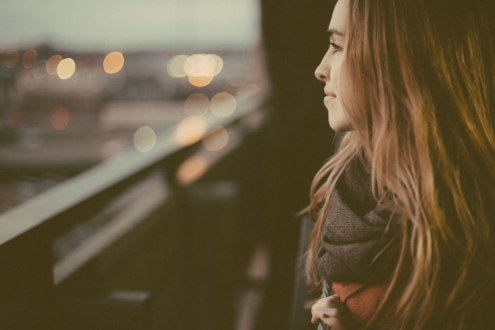 But let me give you my reasons why I’m not dating you, and it’s not because, as one commenter argued, I’m “…so afraid of the commitment that apparently exists, [when] in reality, the guy just wants to get to know the girl.”

Sir, this article goes out to you.

Was That Even A Date Invitation?

Men, the most obvious reason I’ve never gone on a date is that I’ve never properly been asked on one. If you’re planning on asking a woman out, please be very, very clear about your intentions.

I remember one awkward occasion where what turned out to be a dinner date invitation was casually disguised as “Mum’s not cooking tonight, so I was gonna go down to the pub if you wanna come?” This suitor had a 0% chance of success because I didn’t even know he was trying to ask me out!

This is a big point of frustration for myself and many other women. Are you even asking us out? Was that dinner just as friends or was it a date? We’re not sure, but I promise you it’s going to be the main topic of discussion among my friends and I as we use all of our feminine discernment to try and work it out. 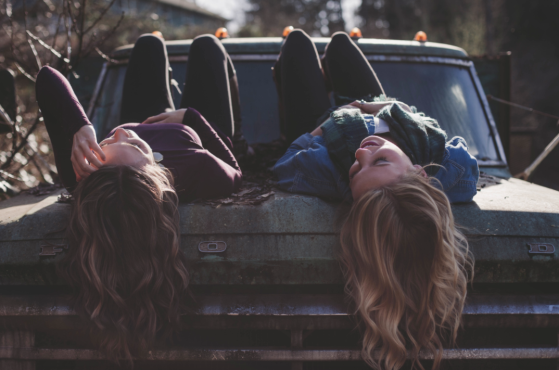 It sometimes feels as though you’re being purposefully vague to preserve face, no matter how said ‘vague-maybe-date’ goes. If it turns out we’re just friends hanging out, you can carry on like that’s all you ever meant and avoid any potential awkwardness, but if it ends up being super romantic and we’re holding hands at the end of the night you can pretend that’s what you intended all along.

Now, I’m not saying all men are doing this on purpose, I’m just saying that’s often what it feels like. But when a guy has the guts to risk rejection by properly asking us out on a date, we women really appreciate it. It makes us feel like we’re worth the risk; that you really do think we’re awesome.

It’s Not You, It’s My Biology

Yes, sometimes getting to know someone means you see them in an increasingly attractive light, but it always comes down to a clever little mechanism installed in us which has yet to fail me. Do I get butterflies in my stomach seeing you? If the answer is no, I’m afraid biology just isn’t on our side. I’m not going to go on a date with you because we’re just not likely to ever have children together.

Handy hint though; putting effort into your appearance can make a significant difference. Dressing nicely, giving that manly beard a trim, basic hygiene… you never know the difference this stuff can make.

Girl-code is this: If he dated your friend and your friend is still upset about it, you don’t go near him with a ten-foot pole.

Why? Because I love my friend and don’t want to hurt her or cause a rift between us.

Girl-code is also this: We talk about everything. I know what went down between you and Mary-Beth. I’ve seen the messages. I may have even co-authored some of the replies you received.

Why? Women build relationships through empathy – sharing emotions. We also have a tendency to frequently overthink and one way we combat that is by running our thoughts, feelings and actions off of a friend.

The by-product of this is that dating each other’s exes becomes very tricky. If Mary-Beth and I are genuinely friends, I’m probably supporting/supported her through the breakup with you and it would just plain insensitive to date you.

Young Catholic Men – Why Aren’t We Dating? proposes that Catholic guys aren’t asking girls out on dates because they “…expect her to already be a saint”. I appreciate this observation and it definitely applies to women as well.

We are looking for the perfect Prince Charming and if you’re not rich, handsome and a canonised saint (with a really great picture on your prayer card), you’re obviously not the one.

The List is equally dreaded and revered by all. The List separates mere men from potential suitors.

I’ve yet to meet a girl who does not have a List. Even if she denies it, even if she hasn’t formalized it in an overly-expensive probably-pastel-coloured diary, she will have preferences on what kind of man she’d like to spend her life with.

At one point, my own List was absolutely out of control. I kept it in a notebook which it rapidly outgrew. I switched my 70-attributes-strong list to a Notes app on my phone, but my phone died.

I (happily) blame God in His wisdom for destroying it.

I eventually started The List afresh and Version 2.0 was significantly refined. Let me give you a rare, behind-the-scenes glimpse into The List of a young Catholic woman.

Of course there are other things I would love – maybe he’s musical, speaks seven languages and is a billionaire – but my List only contains the non-negotiables.

While some Catholic women do have a List that’s unrealistic, the foundation of every List should be the same…someone holy, someone we’re attracted to, and someone in a similar stage of life.

I don’t think this List should be resented, I think it reminds us of the good that God desires for us. If you do have strong negative feelings towards the List, I challenge you to honestly and prayerfully consider why.

Perhaps you worry that you don’t meet some of the basics of what should be everyone’s List? If it’s specifically around the God or addiction items, be encouraged by the fact that you’re in control of your choices and it’s never too late to make the Lord the centre of your life. No one should expect perfection, but we do expect genuine effort from each other.

In the greatest love and respect, if you have a drinking problem, a pornography problem, an anger problem, I’ve learnt the hard way that I can’t be the one who saves you. These are things you need to overcome through the Lord’s strength, because you love Him and know He loves you and wants more for your life. 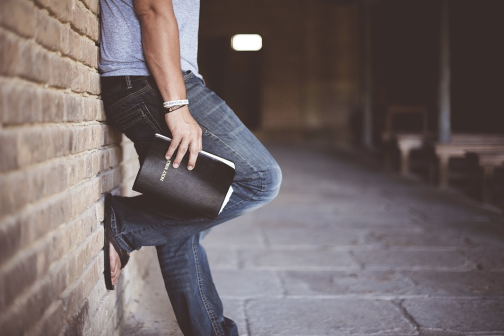 Young Catholic men, that’s why I’m not dating you, yet.

And while some of these reasons can’t be helped, a bunch of them can. Be bold, take pride in your appearance and ditch the stuff controlling your life. I want to marry a saint, so do you, and that begins today with us as single people, and maybe even strangers.

So men, please be brave. Your courage and honesty is greatly valued! You set the example for women to be courageous, open and honest in our responses too.

Ask me on a date (unmistakably).